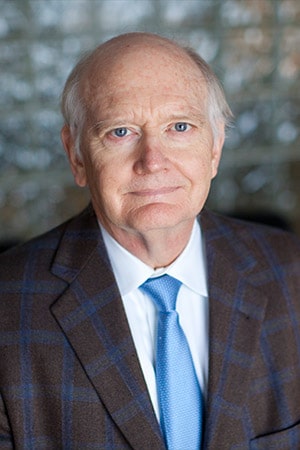 Since graduating from law school and joining Fleeson, Gooing, Coulson & Kitch in 1977, Greg Stucky has practiced primarily in the areas of natural resources law, principally in Oil and Gas, as well as in Class Action Litigation. This dual specialization has allowed him to participate as counsel for royalty owner classes in significant litigation, much of which has broken new legal ground in his areas of specialization.

Among the cases in which Mr. Stucky has been involved are:

In these cases, the classes represented by Mr. Stucky and others recovered in excess of $100 million.

In 1992, Mr. Stucky became general counsel for the Southwest Kansas Royalty Association, which promotes the interests of royalty owners primarily in the Kansas Hugoton Gas Field through legislation, litigation, and other means.

In recent years, Mr. Stucky has been engaged in protracted litigation against major gas producers in the Kansas Hugoton Field and the Colorado San Juan Basin. In those cases, the royalty owner classes, which Mr. Stucky and others represent, are challenging deductions made from royalties due to royalty owners, because those deductions relate to expenses incurred to produce the gas or make it marketable. Representing amici curiae in cases involving such deduction issues, Mr. Stucky has participated in Sternberger v. Marathon Oil Co., 257 Kan. 315, 894 P.2d 788 (1995); Garman v Conoco, Inc., 886 P.2d 652 (Colo. 1994), and Rogers v. Westerman Farm Co., 29 P.3d 887 (Colo. 2001).

In addition to litigation activities, Mr. Stucky also represents royalty owners in a variety of other transactional matters, including the negotiation of oil and gas leases.