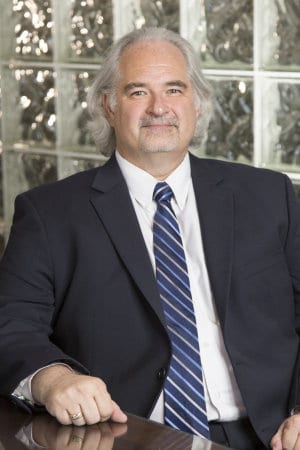 Mr. Vix’s practice covers a number of diverse areas. He is primarily engaged in Appellate Litigation, Media Law, and Insurance Law, but he also is involved in Business and Commercial Litigation, Workers’ Compensation, and Foreign-born Adoptions. He has been the primary author of over 100 appellate briefs in state and federal courts. He also serves as primary newsroom counsel to The Wichita Eagle newspaper. Mr. Vix is listed in The Best Lawyers in America (Insurance Law, First Amendment Law, and Appellate Practice) and in Missouri & Kansas Super Lawyers (Appellate Practice). He previously chaired the firm’s Litigation Practice Group and currently serves on its Executive Committee.

Mr. Vix is admitted to practice in the state and federal courts of Kansas, the United States Court of Federal Claims, the Fifth and Tenth Circuit Courts of Appeal, and the United States Supreme Court. He is a member of the Wichita and Kansas Bar Associations as well as the Kansas Association of Defense Counsel (KADC). He is a past member of the Wesley E. Brown American Inn of Court, where he served as membership chair and as a member of the Executive Committee. Mr. Vix also serves as chair of the Wichita Bar Association Unauthorized Practice Committee and has been a staff member and contributor to the WBA’s Bar-o-Meter magazine. He has participated in eight Wichita Bar Shows as a writer, actor and soloist.

In 2016, Mr. Vix was appointed to serve on the Kansas Supreme Court’s ad hoc Time Standards Committee. In 2011 he was awarded the Wichita Bar Association’s President’s Award, and in 2019 received the Thirteenth Judicial District’s Liberty Bell Award and was the speaker for its Law Day celebration. He received the KADC’s Distinguished Service Award in 2022.

Mr. Vix has been a speaker at many continuing legal education programs, particularly in the areas of appellate practice, media law, and workers’ compensation. His presentations include “Appellate Procedure in the Kansas State Courts” and “The World of Summary Judgment in Federal Court” for the Wichita Bar Association; “Discussing Case Situations” for the annual Division of Workers’ Compensation Seminar; “How to Lose an Appeal in One Easy Brief” for the Kansas Bar Association; and “Understanding and Executing Kansas Open Records Requests” for the Kansas Association of Legal Assistants. Has has also presented on the topic of appellate procedure at the WBA’s seminar for new lawyers. Mr. Vix was the author of “Testing the Limits of Bates v. Hogg” in the spring 2009 issue of the Kansas Defense Journal and for twelve years authored the Kansas chapter for Business Torts: A Fifty State Guide published by Wolters Kluwer. He provides a regular column on recent case developments for the Kansas Defense Journal and is a regular presenter at the KADC’s annual meeting.

In 2017, Mr. Vix completed 30 consecutive years of service on the board of directors of Tabor College. During that time he held various leadership positions and was chair of the board for 19 years. Mr. Vix has also served as an adjunct professor for the Tabor College School of Adult and Graduate Studies at both the bachelor’s and master’s levels, in the areas of business law, business ethics, and public speaking. He was the speaker at Tabor College’s 100th commencement exercises in May of 2010.

Among the notable cases with published opinions in which Mr. Vix has been involved are:

•  Emeritus Member and Former Chair of Tabor College Board of Directors