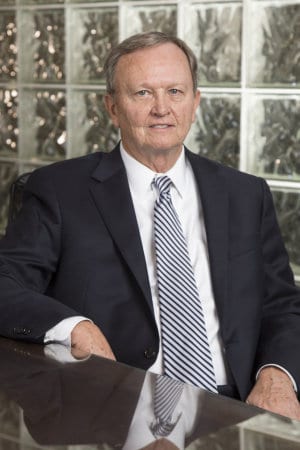 Ron Campbell grew up on a farm near Scott City, Kansas. He received his undergraduate degree from the University of Kansas and his law degree from Southern Methodist University. He practices primarily in the area of litigation, focusing on personal injury, products liability, business and construction disputes. He is author of the “Prompt Payment Acts” chapter of the Kansas Bar Association Construction Law Handbook.

Mr. Campbell is recognized in The Best Lawyers in America in the areas of Bet-the-Company Litigation, Commercial Litigation and Construction Law Litigation.

Among the notable cases with published opinions in which Mr. Campbell has been involved, are:

Additionally, iMr. Campbell and Chuck Millsap of the firm successfully represented a general contractor in an arbitration proceeding in Ohio. The arbitration arose out of a multi-million dollar construction project and dealt with significant claims by several parties.