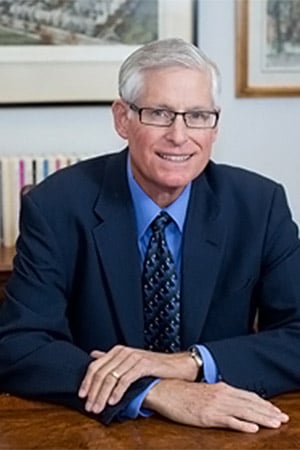 Mr. Kitch is a member of the Wichita, Kansas, and American Bar Associations. He has served on the WBA Civil Practice Committee and the KBA Ethics and Grievance Committee. In 1990, Mr. Kitch’s peers elected him to membership in the The Best Lawyers in America in the areas of Natural Resources Law and Oil & Gas Law.

Mr. Kitch was a member of the Board of Directors of the Kansas State Bank & Trust Co., Wichita, from 1987 to 1993, and currently serves as a director of Intrust Bank.

Mr. Kitch is active in community and civic affairs. He was a founder of several local organizations including Wichita Greyhound Charities, the Wichita Rowing Association, Sleepy Hollow, Inc., the Wichita/Sedgwick County Cities in Schools program, and the Arkansas River Foundation. Mr. Kitch also serves as a director of the YMCA, the Sedgwick County Family and Youth Commission, and Music Theatre for Young People. He is past president of the Kansas Foodbank Warehouse.