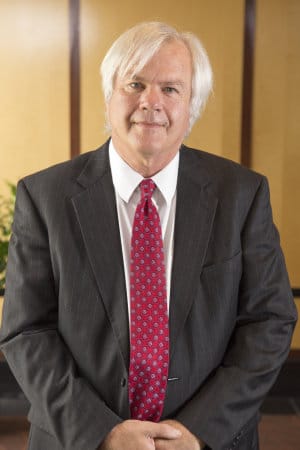 Mr. Tretbar leads the firm’s Employment Law Practice Group, and represents employers and employees in court and before administrative agencies in a variety of settings. He is also experienced in counseling individuals and corporate fiduciaries in disputes involving estates and trusts, newspapers and broadcasters with respect to media law issues, and businesses and individuals in many other types of commercial, civil rights, and injury litigation. He is also active in the representation of the state’s largest school district. He has been recognized in The Best Lawyers In America in six practice areas, including Commercial Litigation, Employment Law-Individuals, Labor Law-Management, Litigation-First Amendment, Litigation-Labor and Employment, and Litigation-Trusts and Estates.

Representative decisions in cases Mr. Tretbar has handled include:

The father of two daughters, Mr. Tretbar served for many years as a mentor with the Communities in School program and on a number of other boards, as well as a subcommittee of the Kansas Judicial Council. He is a past recipient of the Wichita Bar Association’s President’s Award for his work as the first editor of the Association’s monthly magazine, The Bar-o-Meter.